An Apologetics of the Flesh: The Body as the Path to God

“If each sense is capax Dei (capable of God), the concrete acts we carry out in the flesh are weighty, and each one of our actions is full of our destiny.”

Hearts of Flesh: A Meditation on Human Nature and the Language That Gives Life

“[A]ll language is ultimately a speaking of heart to heart. . . . All language has this form because it is an ‘incarnation’ of meaning in the flesh of the word, which is sent out abroad, from which journey it does not return without bearing some fruit, and prospering the thing in which it is received.”

Matter as Revelation of God’s Love

“[T]he giver allows himself to remain hidden, in and through matter, so that the receiver—the creature—in no way thinks of himself as a mere extension of the giver. Matter, then, is a sign of a giver so transcendent that he is able to surrender to what he gives.”

“Riveted with Faith Unto Your Flesh”: Technology’s Flight from Actuality and the Word Made Flesh

“[T]o take a neutral stance toward technology is to take an agnostic stance toward human nature itself, reserving for the will alone the determination of what is good.”

“For Péguy, . . . it will be necessary to begin from below: from my time and my flesh, rather than from eternity and spirituality, the claimed experience of which cannot safeguard my humanity.”

“The world is no more ready for God than we were for him. In many years or in a single last second, we must hand ourselves over to him.”

“Christianity’s cultural power flows, as from its cause, from the holiness whereby the Church and her individual members partake in the virtues of her Lord, and such holiness does not exist in the abstract or generically but is always incarnated in the persons we call the saints.” 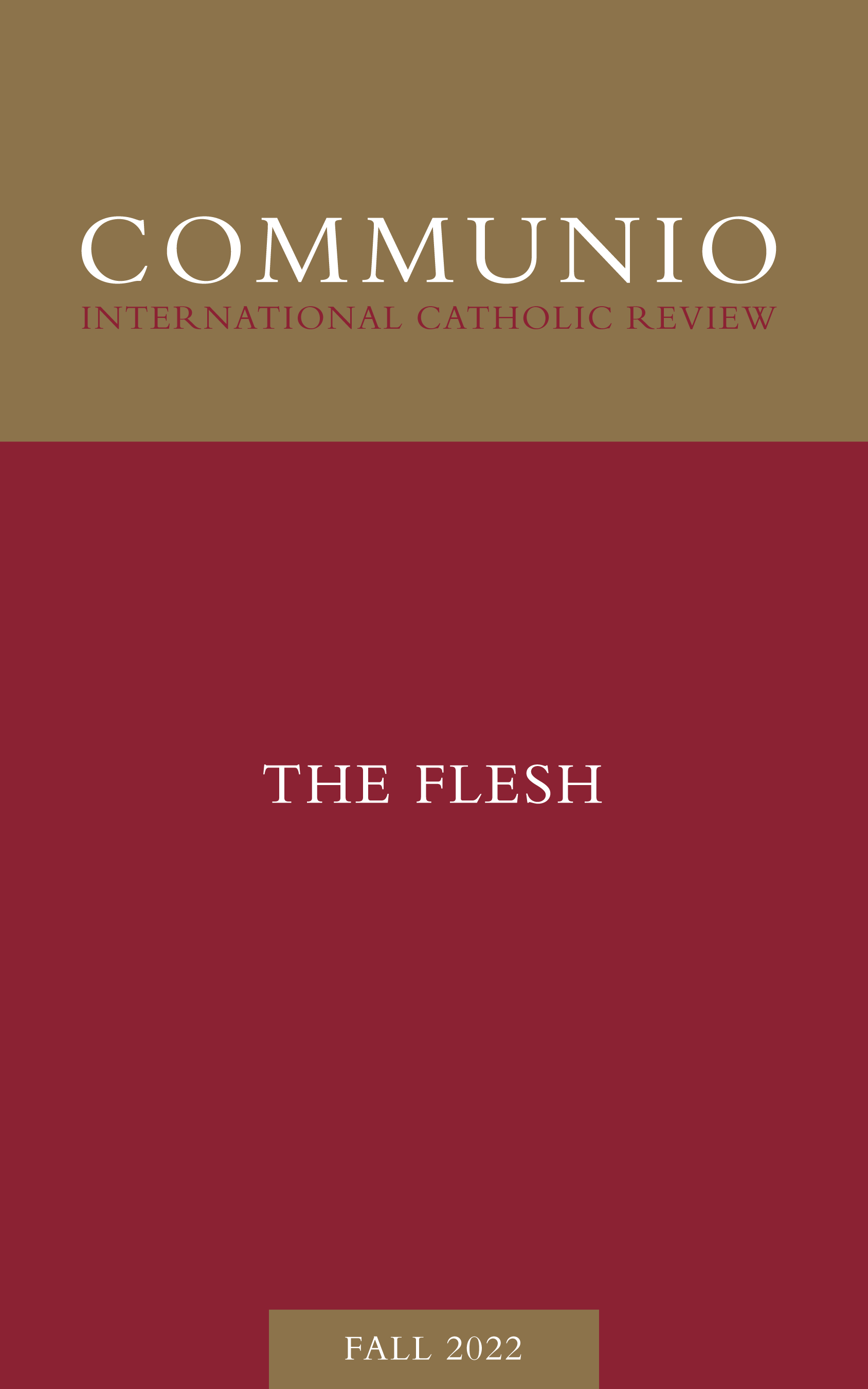