What May We Expect from the Family?

“In the Church, the ideal is always an incarnate ideal, because the Word, the Logos, has become flesh and accompanies our lives in the sacraments.”

The Natural Supernaturality of Marriage

“The man and woman, paradoxically, each have to go beyond their nature, we might say, to accomplish a wholly natural end.”

“Contraception is an anti-erotic betrayal of desire. It attacks that desire at its very root, which is the expansive, outward-looking generosity inscribed in sexual eros by the energy of self-communicating life.”

The Family as an Image of the Trinity in Aquinas

“The imago Trinitatis still resides exclusively in the mind, yet the mind, as it were, resides in the flesh.”

“Only the family, born from the marriage between a man and a woman, ensures that a person is ‘wanted for his own sake,’ as a person to be welcomed and not as a thing to be possessed. Only the family allows the person to be educated in the logic of gift.”

The Crisis of Ethics in the West

“The root of the social disintegration we are experiencing is a kind of censorship of anything that tries to keep the ‘sensitivity to truth’ alive.”

Augustine and the Catholic “Form” of Scripture

“[T]o deny the referential potential of human words could only be a reflection of some form of Arianism grounded in a prior denial of the Son’s ability to refer to the Father.”

“The connatural ties between all things by virtue of the love that created them no longer exist, and what stands in their place is a man-made, contractual world one step removed from nature—that is, a world in which people are encouraged to live in fictions they create for their benefit or convenience.”

Jerome and the Lord’s Prayer: Some Philological Observations 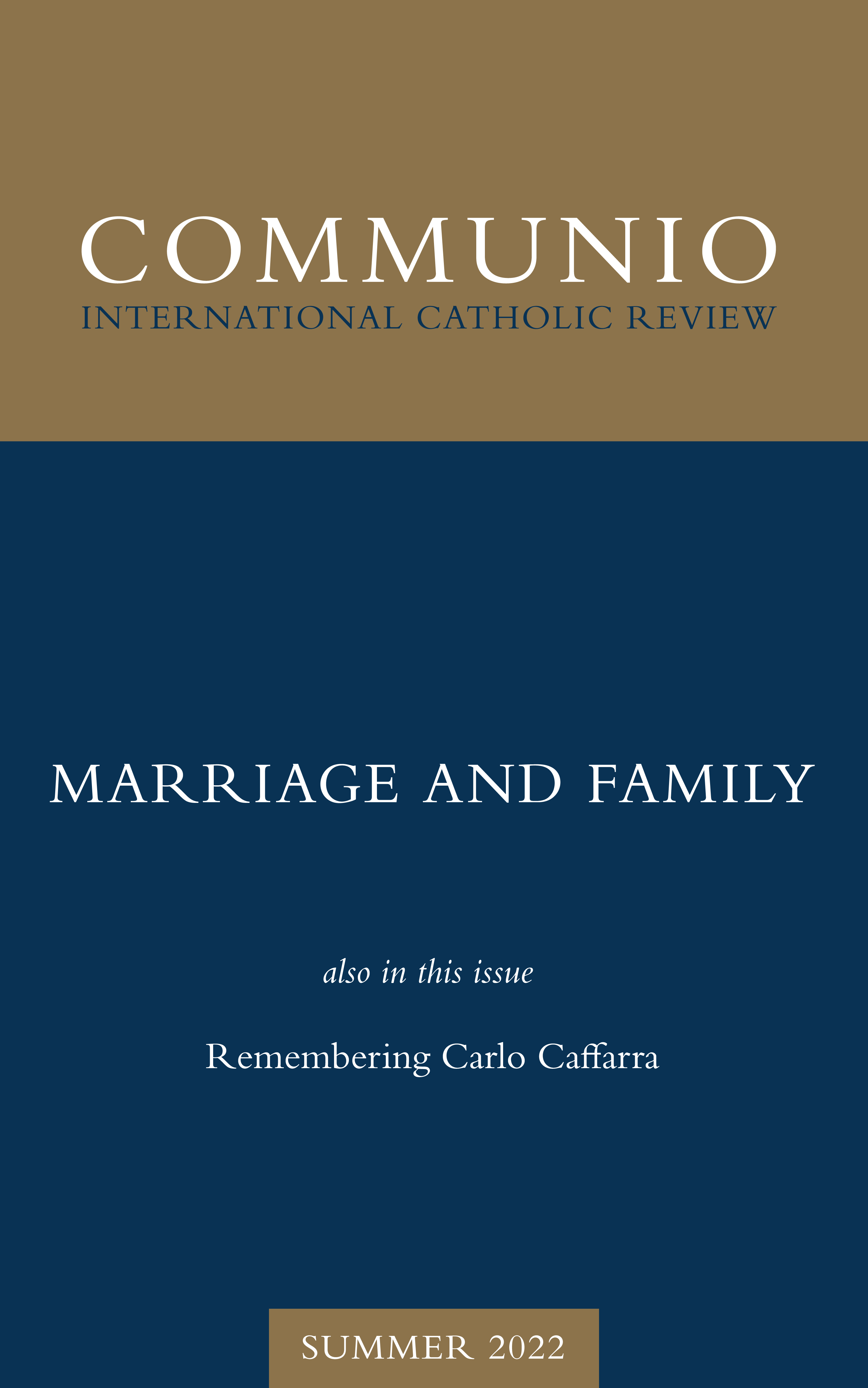