The question of time is a notoriously difficult one. “If no one asks me, I know,” St. Augustine famously said. “If I want to explain it to a questioner, I do not know.” The difficulty arises not simply from the paradoxical nature of time itself, in which perceptions, things, and events pass from non-existence to non-existence through a present that seems to vanish as soon as one lays hold of it, but also from the fact that seemingly every other question, every other dimension of created existence, is bound up (and bound together) with this one, from the movements and measurements of the heavens, to the cycle of bodily growth and decay, to the “everydayness” of being-in-the world and our co-belonging with other things, to the structure of experience itself. Augustine and Aristotle, who cast a shadow over the entire Western tradition of reflection on time (including Husserl and Heidegger), are often taken to represent opposite poles in approaching this question, the former representing the “psychological” understanding with his description of time as some sort of distentio animi, the latter representing a “cosmological” understanding with his definition of time as “a number of change in respect of before and after.”


It would be an enormous task to elaborate fully either the Augustinian or the Aristotelian conception of time, much less to adjudicate the differences between them or the tradition of reflection that they jointly inspire. Nevertheless, it may be worthwhile to offer a few synthetic remarks about them and about what they have in common in order to set into relief the real concern of this essay:  the lived experience of time within an order or a form of life that is fundamentally technological, that is, an order that conceives of being in technological terms insofar as it can be said any longer to conceive of being at all.

3.Aristotle, Physics IV.11, 219b.2. The postmodern philosopher Eric Alliez draws this contrast in order to indict Augustine for the subjective conquest of time, arguing that the dissociation between the eternal ideal and temporality allows for a “break between the time of things and the converted time of the soul,” which in turn enables the “primacy of the will over the order of nature,” a precondition for capitalist cherematistics, which “empties the city of its presence to itself by freeing the (monetary) sign of any relation to its natural referent.” I strongly disagree with Alliez. (My rebuttal can be found in my Augustine and Modernity [London: Routledge, 2003], 18–26). But if he were correct, it would mean that there is an Augustinian origin to the technological conception of time I will be critiquing here, inasmuch as capitalist and technological order are coextensive. See Eric Alliez, Capital Times, trans. Georges Van Den Abeele (Minneapolis: University of Minnesota Press, 1996), 82, 109–10, 78, 135.

5. Robert Jordan suggests that “the two theories are complementary,” not contradictory: “Augustine does not define time as Aristotle does, because his cosmological interest is indirect. Aristotle brushes the Augustinian problem in passing but does not dwell on it for reasons comparable to those that lead Augustine to treat the physics of time as a subordinate issue, namely, that it is subordinate to his main interest” (“Time and Contingency in St. Augustine,” The Review of Metaphysics 8, no. 3 [March 1955]: 406). 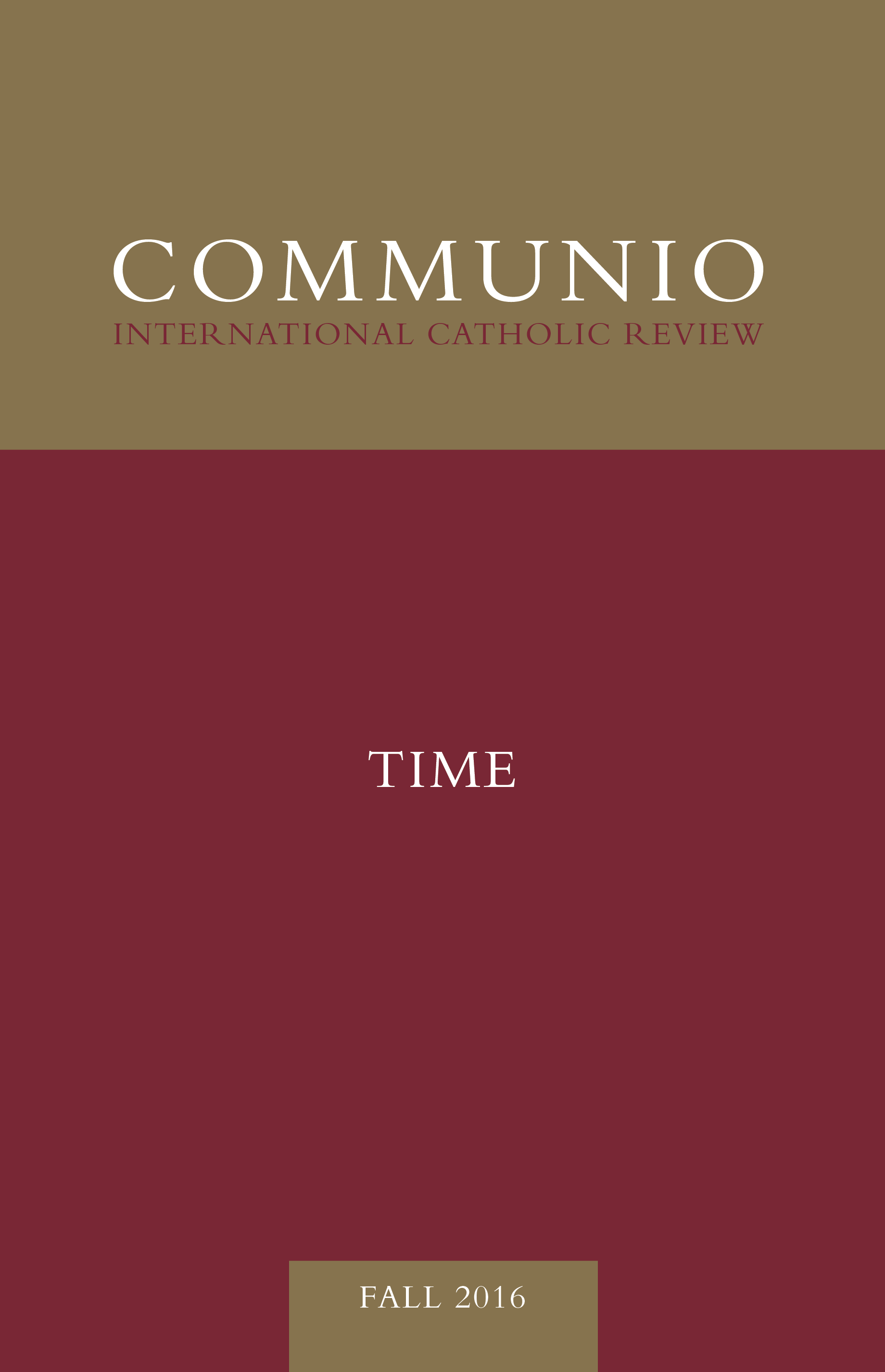