"My participation in love, which takes form as responsive generosity, defines my first and most basic act as a creature."

In his 2010 article in Communio,1  Professor Michael Waldstein responds to questions I had raised regarding his reading of John Paul II’s “hermeneutics of gift.”2  The issue he addresses is fundamental for our understanding of the human person, and indeed for philosophy and theology generally. I wish now to return to this discussion. Despite its technical character, what is at stake in the matter of “constitutive relations” is in fact very concrete: where in the structure of the human person does the reality of love or gift have its origin? Can being and love be said to bear a unity in the human person, or only in the Creator? Does such an assertion necessarily undermine the maior dissimilitudo between the creature and the Trinitarian God? Should we not rather say that love can be first predicated of the creature only as a conscious act that follows (ontologically or temporally) upon his original constitution as a creature? To use more precise language: is substance prior to relation in the human being (relation, that is, to the Creator, but also in some significant sense to the entire community of creatures); or are substance and relation somehow coextensive, such that each has a distinct (mutual if asymmetrical) priority relative to the other? Waldstein recognizes that such questions lie at the heart of the legacy of the pontificates of St. John Paul II and Benedict XVI. The questions go to the heart of how we are best to understand the cultural problems of our time as identified in these pontificates.

Waldstein notes that he and I agree that “the greatness of John Paul II’s Theology of the Body (TOB) lies in the depth and penetration with which it develops a comprehensive ‘hermeneutics of gift’ (TOB 13:2) rooted in the teaching of Jesus, a philosophical and theological ontology of gift and communion in light of the Trinity” (MW, 497) (2); and that he and I both recognize that this ontology of gift, for John Paul II, owes much to the Aristotelian-Thomistic tradition. He is thus puzzled by my criticism: why do I not see that his own view implies affirmation of “constitutive relations” in the human person—that is, such that the human body-person can be said to be “always-already” filial-spousal? And why do I not see that these “constitutive relations” are indicated by Thomistic metaphysics itself, rightly understood?

2. David L. Schindler, “The Embodied Person as Gift and the Cultural Task in America: Status Quaestionis,” Communio: International Catholic Review 35 (Fall 2008), 397–431. The engagement with Waldstein is found on 417–23 (hereafter DLS). 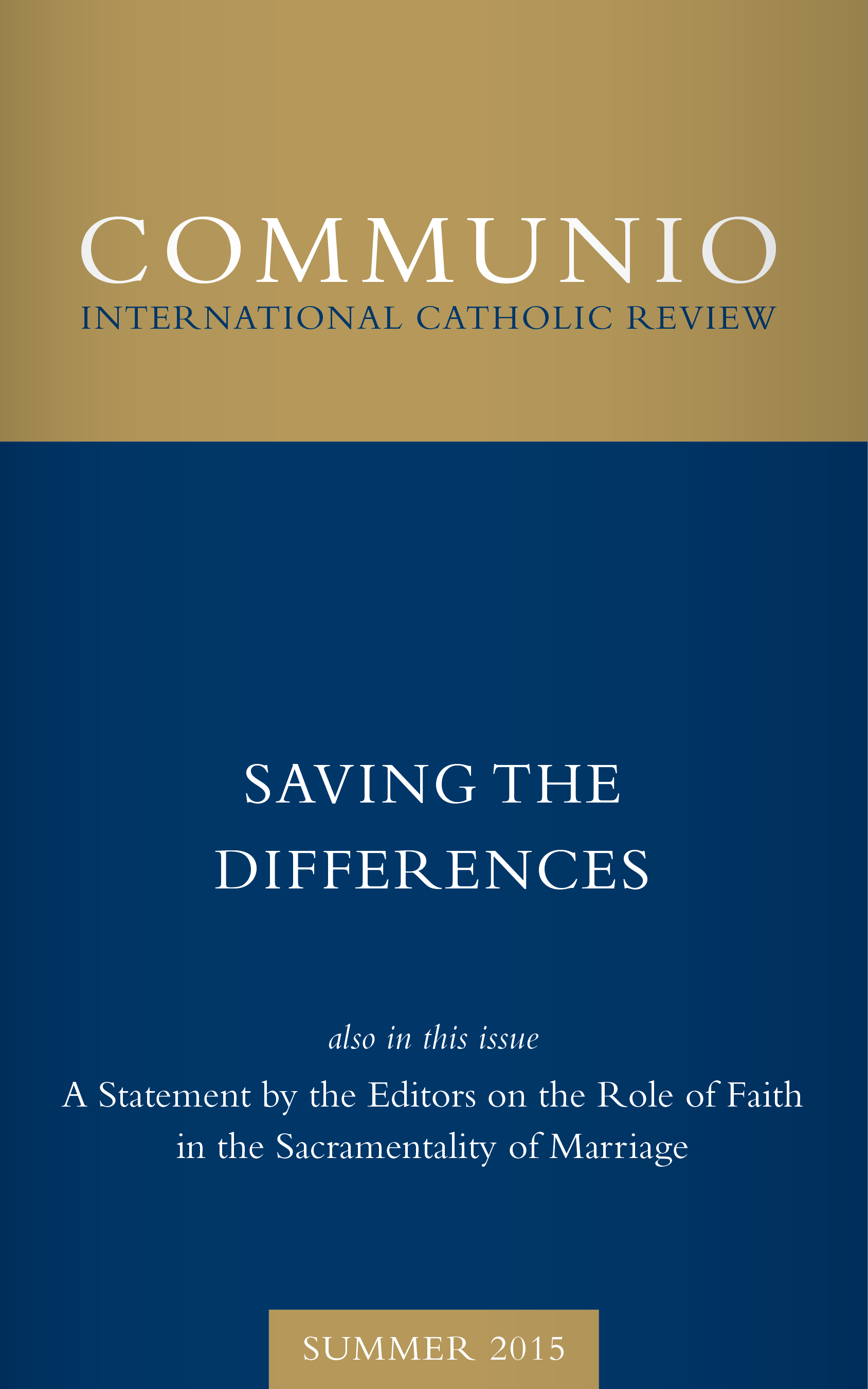