It remains only for me to say that I learned from you from my years of study in Lyon until today: something about the Holy Spirit. The Spirit, you taught us, can unite much more than we are accustomed to think.1

Balthasar also learned from de Lubac that the Holy Spirit’s surprising capacity to unite flows from, and leads back to, the sacramental mystery of Christ’s flesh and blood.2 The writings of Henri de Lubac are an enduring testimony to the unity of the threefold gift of spirit, water, and blood (1 Jn 5:8) as the abiding source of the Church. In his own letter of dedication on the occasion of de Lubac’s ninetieth birthday, Fr. Joseph Fessio noted that de Lubac is “above all else a man of the Church, homo ecclesiasticus. . . . He has received all from the Church. He has returned all to the Church.”3 For de Lubac, the task of thinking with the Church called for a style of theology devoted to exploring and defending the deep and permanent unity of the Church’s faith across the centuries:

Without claiming to open up new avenues of thought, I have sought rather, without any antiquarianism, to make known some of the great common areas of Catholic tradition. I wanted to make it loved, to show its ever-present fruitfulness. Such a task called more for a reading across the centuries than for a critical application to specific points; it excluded any overly preferential attachment to one school, system, or definite age; it demanded more attention to the deep and permanent unity of the faith, to the mysterious relationship (which escapes so many specialized scholars) of all those who invoke the name of Christ.4

The vocation to make the Catholic tradition better known and loved in light of the “the deep and permanent unity of faith” also called for thinking about the idea of the development of doctrine.

2. . Cf. Hans Urs von Balthasar, “Spirit and Institution,” in Spirit and Institution, vol. 4, Explorations in Theology (San Francisco: Ignatius Press, 1995), 237–38: “there can be nothing of the Spirit in the Church that does not also coincide with Christ’s reality, christologically, that does not let itself be translated into the language of the Eucharist—the surrender of Christ’s own flesh and blood, the streaming outward from Christ’s self up to the very point of his heart being pierced and his side flowing with water and blood.” 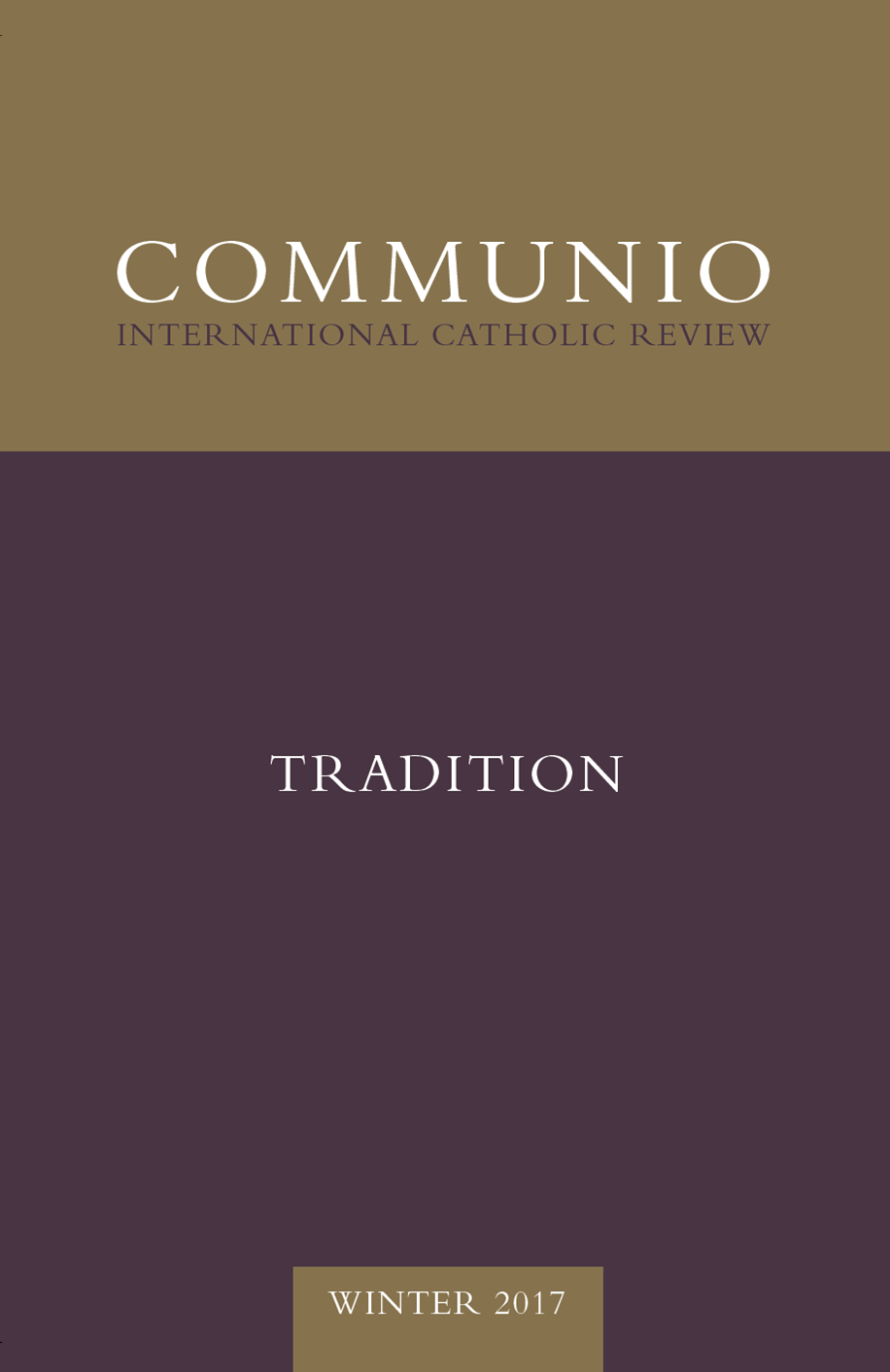